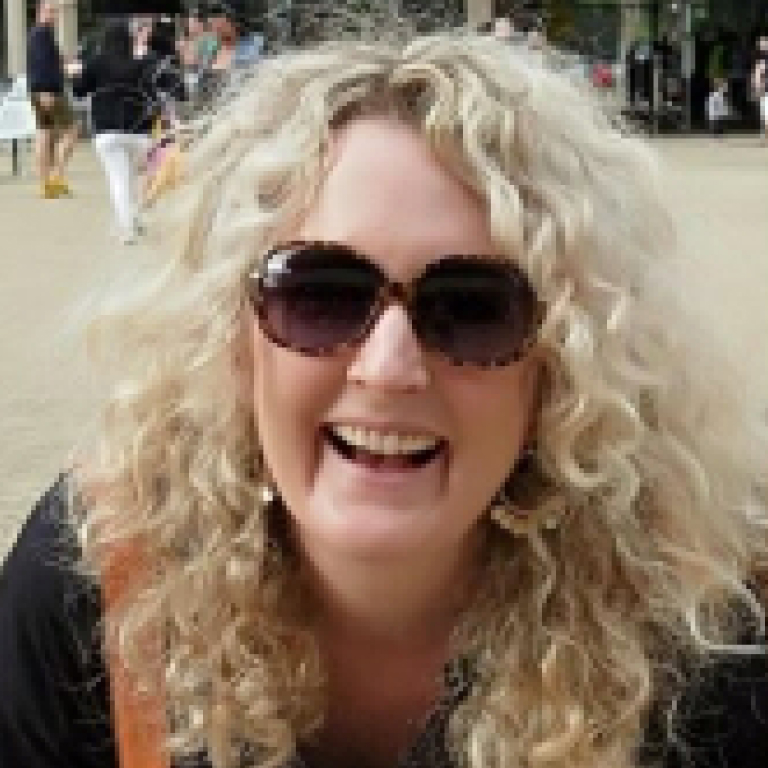 “Touched by Melanoma” is a one month-long initiative where we will be sharing patient and carer stories from people who have all been touched by melanoma in different ways.

We want these stories to provide potentially life-saving information to those who haven’t been through melanoma. It is easy to read stats and not take much notice, but hearing someone’s story can really make a huge impact.

We also want to provide reassurance, hope, inspiration and coping strategies for those who have been touched by melanoma.

This is Jenny’s story…

Tell us a little about yourself

I’m 42, married, and have two extremely energetic (aka wild) little girls, aged 6yrs and 2.5yrs. I’m a shift worker and love coffee a little too much. We live on the far northern coast of NSW, in Tweed Shire and love it here for all of the natural beauty that surrounds us.

When and how did you first find out you had Melanoma?

In 2010 I was diagnosed with a Clark level 3 melanoma (stage 1). I noticed a slightly itchy mole on my right shin while I was in the US on holiday, and vaguely thought I should see a doctor when I came home.

My Mum had some early-stage melanomas, so she nagged me to go for a skin check. I’m thankful I did, as it could have been far worse if I had ignored her. I was 32 years old, very active and loved seeing live music and getting out and about. I definitely wasn’t expecting a melanoma diagnosis and wasn’t entirely prepared for what would happen.

Over the past 11 years, I have had another 15 melanoma’s in-situ diagnosed, and a large number of dysplastic nevus also excised as well. Yes, that’s 16 in total (you’re not reading a typo!).

What challenges did you and your family and/or friends face after your diagnosis?

The first melanoma diagnosis was a shock as I felt young and invincible. My skin doctor booked me in with a plastic surgeon for the following day, and I had a wide local excision with a skin graft. I was left with a sizeable chunk missing from my shin and had to be on crutches for a while afterwards.

When I returned to work I was on light duties, and it was quite painful walking. I was unprepared and was very self-conscious of the scar on my leg. Over time, I came to realise that it was a good opportunity to discuss the importance of getting regular skin checks with people. In fact, several of my colleagues told me that they had their skin checked after hearing my story.

After the first diagnosis I had 3-month skin checks for a year, then after the all-clear, returned to having 6-monthly checks. Just before I was about to get married in 2013, a regular skin check detected another melanoma on my right forearm.
Another wide local excision ensued, which became infected and scarred quite badly. Then later that year another melanoma diagnosis. My doctor and I then decided that 3-monthly skin checks for life would be prudent! From this time on, I’ve had a couple of years with only one melanoma found, to the worst time during my second pregnancy, when I had six melanoma’s diagnosed.

I have a large number of scars all over my arms and legs, however, I realise how lucky I am to be here.

Tell us about your treatment.

I have 3 monthly skin checks and alternate between two doctors, just for an extra set of eyes on my tricky skin! I have seen one of my doctors for approximately 20 years, and he and all of the medical receptionists and staff are genuinely caring and kind. They have listened to me cry on the phone when receiving results umpteen times, and are very empathetic.

I recognise how fortunate I have been to have access to wonderful, caring and vigilant doctors who have been so successful in detecting changes in my skin. This has meant that all of my melanomas have been detected in-situ and at an early stage, so I am incredibly grateful for this.

I am also involved with a couple of clinical trials through UQ Dermatology Research Center. I am awaiting results on a genetic research project I have participated in, as the results may help me to understand if there is a genetic factor contributing to the large number of melanomas I have developed.

I have an auto-immune disease, which doctors believe could be a contributing factor to my “uniqueness” too.

Do you have a fear of the sun?

I wouldn’t say I’m afraid of the sun. After living in wet and grey Ireland for a short time, I experienced a newfound appreciation for a beautiful sunny day. But, I just prefer to appreciate the sun from a shady spot, or later in the afternoon, and always with SPF!

I am especially vigilant in applying sunscreen to both of my children. I am worried that my oldest (who is very fair and similar in complexion to me) will develop melanoma. She has already had a skin check, and I slather both her and her sister in SPF50 daily.

They never go to the beach without full rashies, and I am usually covered with a SPF long sleeve shirt and long pants at the beach now too. I would say that I have a healthy respect for the sun now!

Is there any advice you’d like to give someone who may be going through something similar?

Just to take one day at a time. Also, not to “Dr Google” everything. It’s easy to jump to the worst conclusion when receiving a melanoma diagnosis, but in many situations, if you have an early-stage melanoma it can be completely treated through a WLE.

I fully comprehend how lucky I’ve been so far to have everything caught early, and I understand that so many people have unfortunately not been as lucky as I have to this point. I am excited for all of the research that is being undertaken in the field of melanoma and look forward to new advancements in detection and treatment that research and technology bring.

Do you have a motto or personal mantra?

It is what it is! Just accept that I can only change how I respond to situations, and try to make the best I can out of it.

I’m at the beach (very late afternoon of course) running around after my two beautiful girls and my hubby. I’m so grateful for the love and support from my family, and my Mum throughout the years and just appreciate being able to enjoy the beautiful place we live in with them.